Let’s go invent tomorrow instead of worrying about what happened yesterday.

To give you more control over the conversations you start, twitter is now testing a new feature that will allow users to choose who to reply to their tweets.

Confirming this mid last month, Suzanne Xie, Director of Product Management, said, “Twitter is where you go to see and talk about what’s happening. But sometimes, unwanted replies make it hard to have meaningful conversations. (Ahem, reply guys.) Since last year, we’ve been working to give people more control over their conversations starting with the ability to hide replies. We also began trying out new ways to start conversations with casual, fleeting thoughts. And now, we’re testing new settings that let you choose who can reply to your Tweet and join your conversation.”

Before you Tweet, you’ll be able to choose who can reply with three options: everyone (standard Twitter, and the default setting), only people you follow, or only people you mention. Tweets with the latter two settings will be labeled and the reply icon will be grayed out so that it’s clear for people if they can’t reply. People who can’t reply will still be able to view, Retweet, Retweet with Comment, and like these Tweets. 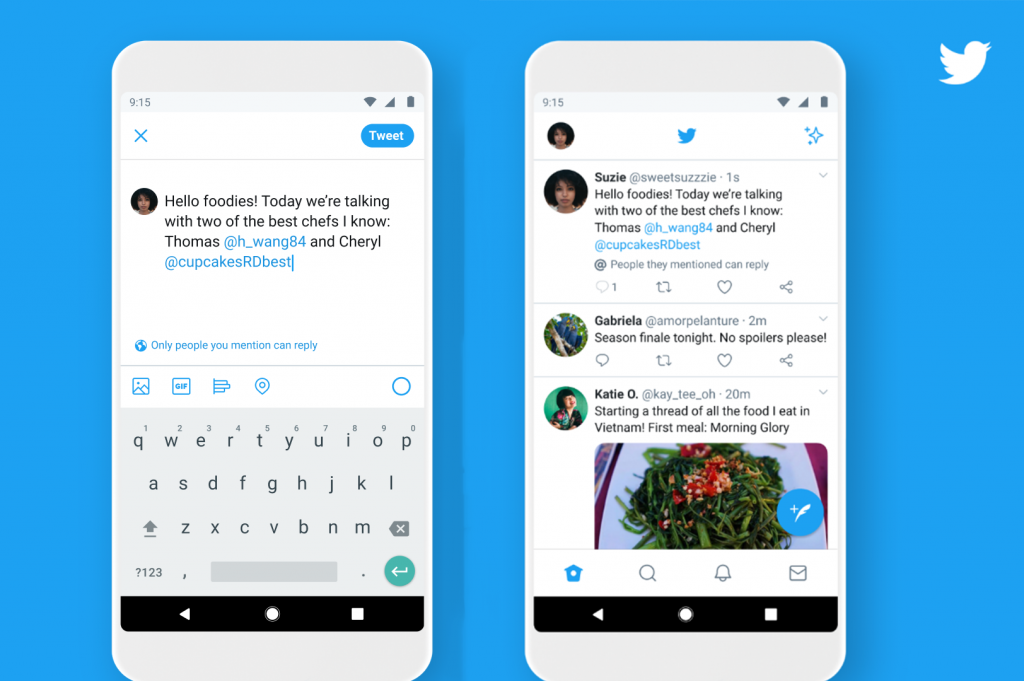 For now, only a limited group of people globally on Twitter for iOS, Android, and twitter.com can Tweet with these settings, but everyone can see these conversations.

“Being able to participate and understand what’s happening is key for useful public conversation. So, we’re exploring how we can improve these settings to give people more opportunities to weigh in while still giving people control over the conversations they start. In addition to this, we’re making it easier to read all conversations around a Tweet with a new layout for replies and more accessible Retweets with comments.” She added 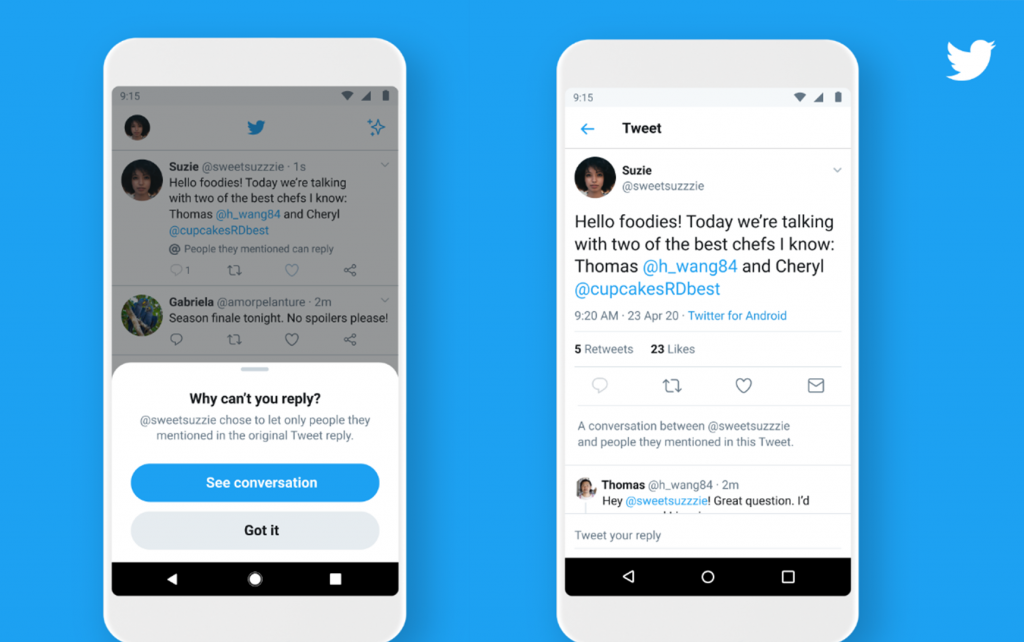 The New Messenger app for Mac OS and Windows